New home prices in Ho Chi Minh City averages at about HK$2,800 per sq ft, which is 14pc and 18pc of the average price for Hong Kong and Singapore respectively

With properties priced at a discount to those in neighbouring Singapore and Thailand, Vietnam is rapidly drawing Hong Kong and China investments its way and becoming a popular investment destination.

Buyers from the mainland, Taiwan and Hong Kong last year accounted for 25 per cent of the Southeast Asian nation’s total transactions by foreign buyers, up from 21 per cent in 2016, according to data from CBRE Vietnam.

“Buyers with limited assets overseas are able to purchase properties in a rapidly growing market and diversify their investments. You can buy a 700,000 yuan (US$109,781) home in Vietnam with the money you have overseas, even if you can’t afford to buy a 5 million yuan home in Australia or the US,” she said. 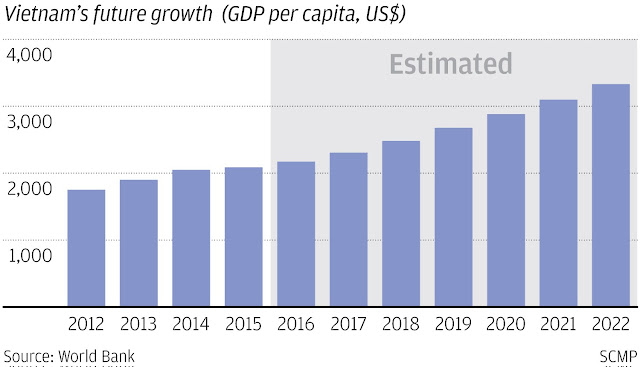 Chen Lian Pang, chief executive officer of CapitaLand Vietnam said Hong Kong remained its largest source of foreign buyers since the company launched its first project in the city in 2016.

“We have some from Singapore and mainland China but they are not in big numbers. We had sold at least 300 units to the Hong Kong market in the past two years,” he said. 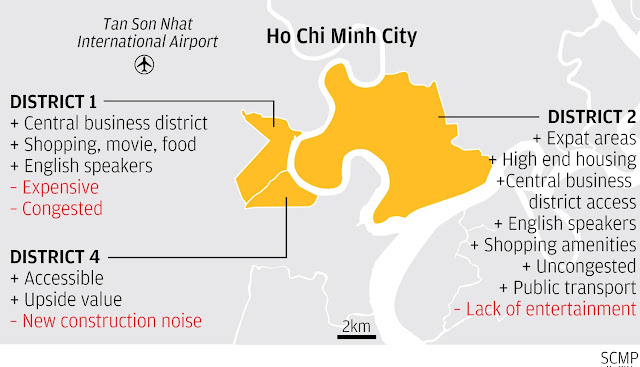 The De La SOL development, scheduled for completion in the last quarter of 2020, is the Singapore-listed firm’s 12th project in Vietnam – 10 in Ho Chi Minh City and two in Hanoi. Vietnam, it said, was its third core market after Singapore and China.

The US$177 million project – located in the city’s district 4 and is similar to Hong Kong’s Sheung Wan district – comprises 482 units in three towers. It is about 10 minutes by car to the core business district, or district 1. The initial down payment is 10 per cent of the purchase price, and the remaining 90 per cent can be paid by instalments over two years starting from January 2019 to the last quarter of 2020.

“For such a price, you can only buy public housing in Singapore. Home prices in Singapore have saturated and [we are] unsure how long it will remain flat. Thailand [housing market] is oversupplied and prices are not cheap anymore,” he said.

Vietnam, a member of the Association of Southeast Asian Nations, opened its property market to foreign investors in July 2015, long after fellow member nations Thailand and Malaysia

Developers are allowed to sell 30 per cent of the units in each building to foreigners since the law allowing non-local residents to own apartments under a 50-year lease took effect in 2015.

Chen compared Ho Chi Minh City to Shanghai’s Pudong area from more than 10 years ago, when the area was undergoing a series of infrastructure construction including the subway system and airport terminals that when completed, helped boost property prices. Ho Chi Minh City could follow in the Chinese city’s footsteps, with home prices rising four to five times over the next 10 years, he said.

Interest in Ho Chi Minh properties has been growing among foreign buyers, even though Vietnamese bank home loans are not made available to them. 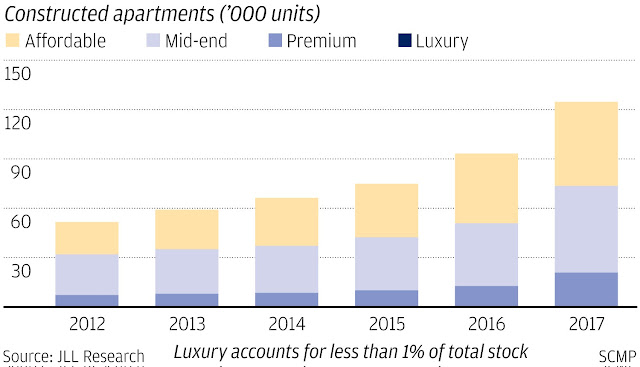 Abhinav Maheshwari, who works in Hong Kong’s finance industry, and his mainland Chinese wife paid HK$2 million for a 87 sq m apartment in the city.

“Our purchase is for investment. Given the political stability of the socialist government, we see Vietnam as having the possibility to grow just like China,” Maheshwari said.

“In the long run, we also feel it provided us diversification, instead of just holding assets in the Hong Kong currency which is pegged to the US dollar. I may think about other cities in Vietnam, perhaps Da Nang, where some of my friends have bought villas,” he said.

Home prices in Vietnam have been rising in recent years, propelled by the country’s recovery from the housing slump between 2009 to 2013. They rose modestly last year on the back of a 6.8 per cent economic growth and rapid increase in direct foreign investments.

New home prices in Ho Chi Minh City increased 3.6 per cent during the year to the last quarter of 2017, and those for villas and town house rose 13.6 per cent in the same corresponding period, according to JLL.

Just as the returns are attractive in a developing market like Vietnam, the risks could also be high.

“Vietnam is a less stable market than the advanced nations over, and there may be a greater risk of property bubbles and crashes. I would advise buyers intend on purchasing in Vietnam to do their due diligence and look for properties with enduring elements of value, such as water views, convenient locations, and high-quality construction,” said Law of Juwai.

While most real estate industry insiders expected the Vietnamese property market to continue to grow in 2018, she said some feared that prices could hit bubble levels next year, especially if more land was not made available for development.

“The worst for Vietnam property market is over,” said Chen of CapitaLand, which has more than US$1 billion of assets in the country and was one of the first foreign developers to enter the market in 1994. 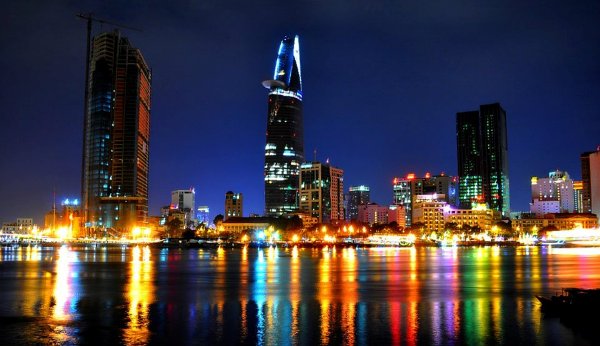 But he also cautioned prospective buyers to choose developers which have the financial strength to complete construction of the development and offer sound property management services.

Kingston Lai, founder and chief executive of Asia Bankers Club, a Hong Kong-based agent for overseas properties, said investors would have to pay a total transaction cost of 2 per cent of the selling price when they sell their apartments in Vietnam. But they would earn a 6 to 8 per cent rental yield in Ho Chi Minh City, compared with a lower 2 per cent in Hong Kong, Lai said.

He said foreigners were allowed to sublet and resell their properties to local and other foreign investors. “But they are restricted from buying apartments from local people who are allowed to own freehold properties.” 6 reasons why you should invest in Compass One What make this beautiful house stand out?